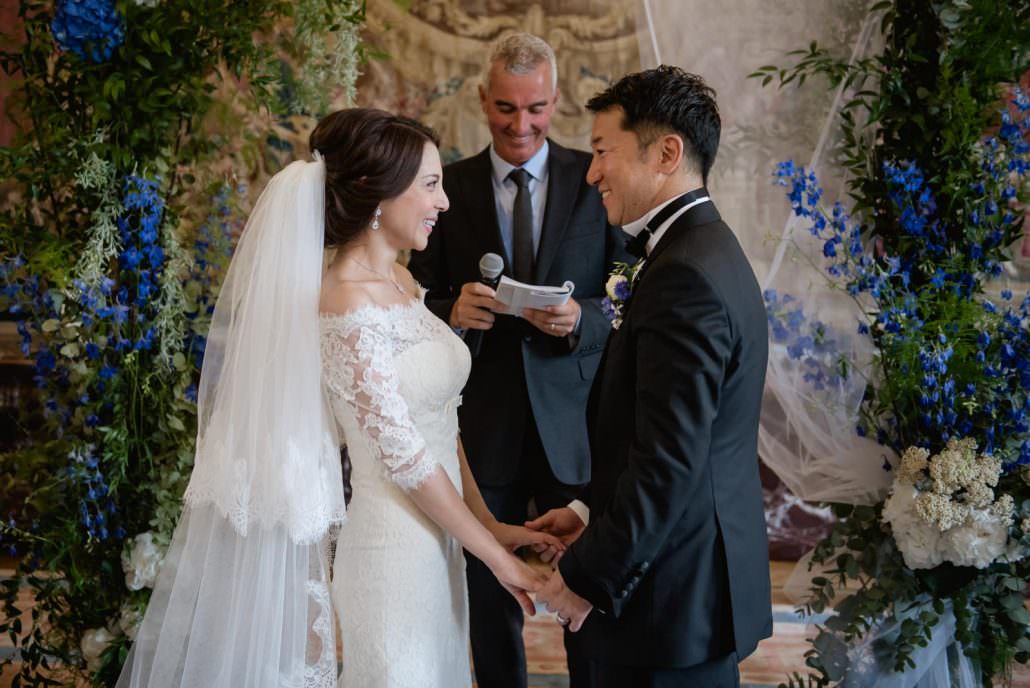 Nina & Hide came all the way from Japan to tie the knot in Paris, for a wedding day that ticks every box you might ever have dreamed of. A beautiful historical venue in Paris near The Elysee Palace. Luscious blush florals we can’t stop thinking about. And finally dancing the night away with your new spouse in a gilt-edged ballroom. This black tie affair has it all in spades!

This entire affair, looks like a fairy tale, from a ceremony to the reception at Cercle De L’Union Interalliée.

The Union Interalliée was founded in 1917, at the time of the official entry of the United States into the war, just after the voluntary aviators from the La Fayette flight, who had come to increase the number of those who were fighting for the same cause on French soil.
The founders of the Union Interalliée (the Count of Beaumont, Paul Dupuy, the Count J. de Bryas, Arthur Meyer, MJ of Sillac) suggested establishing a place of welcome providing moral and material resources to the officers and personalities of the Allied nations, in order to develop the allied life that had just begun.

Thanks to the support they received from several statesmen, ambassadors and field marshals and the assistance from new collaborators (Count of Andigne, Bardac, du Breuil Saint-Germain, André Citroën, L. Dumontet, the Count of Fels, who created, along with the former, the directing committee, chaired by Vice Admiral Fournier), they founded the Union Interalliée in one of the most beautiful mansions in Paris, the hotel Henri de Rothschild, which had been generously offered to them.

Want to join the discussion?
Feel free to contribute!

This website uses cookies to improve your experience while you navigate through the website. Out of these, the cookies that are categorized as necessary are stored on your browser as they are essential for the working of basic functionalities of the website. We also use third-party cookies that help us analyze and understand how you use this website. These cookies will be stored in your browser only with your consent. You also have the option to opt-out of these cookies. But opting out of some of these cookies may affect your browsing experience.
SAVE & ACCEPT